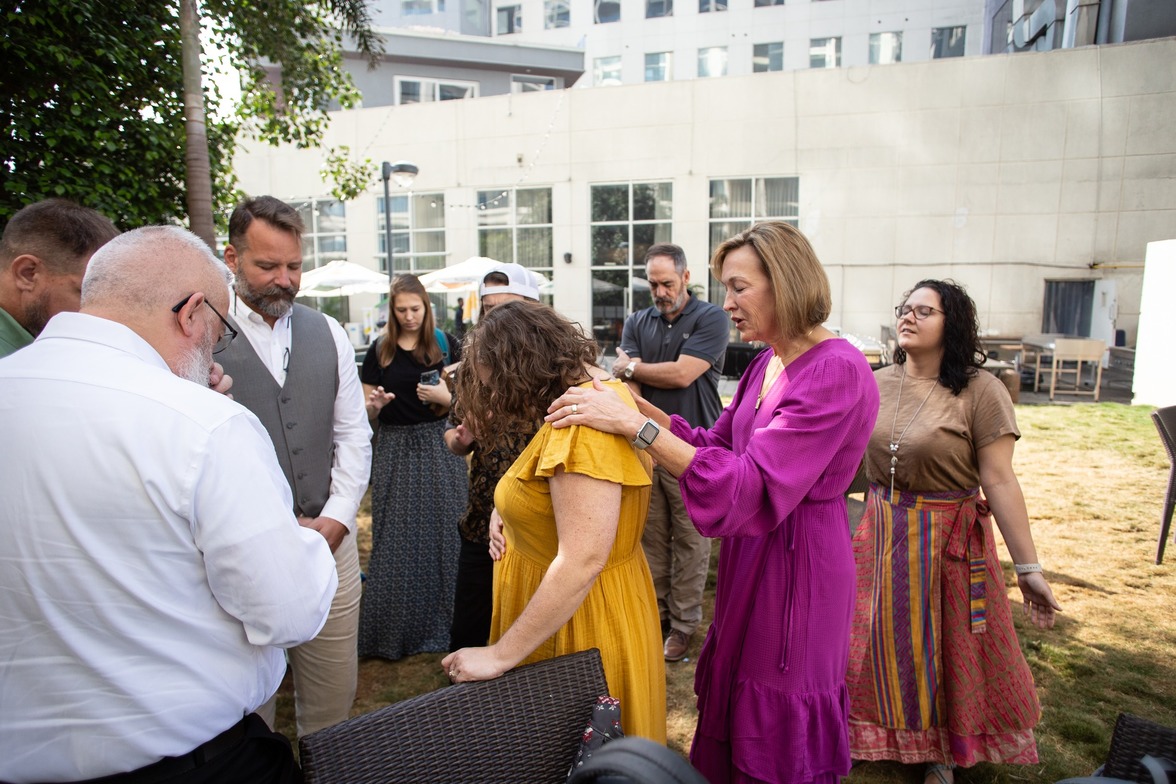 It was a beautiful November Sunday in Asia. We had breakfast with the team which included some discussion about serpent spirits.  After breakfast we gathered on the patio as a team member shared a dream of expectancy for our morning services then prayed over each leader.

Our driver arrived and we set off to an area of Asia none of us had been yet. Once out of the city, the surroundings were more rural with lush trees and small roadside markets. Minimal traffic, which was unusual. It was so peaceful. I quietly turned on some worship music and began to pray for the area and the service.

We arrived at the church before almost anyone. Still so peaceful, but there was anticipation. We quickly felt the Holy Spirit in this place.  We were welcomed to wait in the church, but we politely asked if it was ok if we walked the property and prayed before people arrived. They graciously obliged.  We took a few minutes to honor the presence of God that they had clearly been cultivating. It felt like home.

Soon after we walked into the building the worship team began to warm up. WOAH!! It was unlike anything I had experienced on this trip prior to this moment. We sat and talked with the pastor.  After she got our bios we chatted amongst ourselves. A young woman, let’s call her… June, began talking to the pastor. It was hard not to look at her. She was so beautiful.  I could feel the Father’s love for her.

Service began with traditional worship, prayer and scripture reading. We were then introduced and welcomed to sit on the stage as they continued into worship. We all fell to our knees as the presence became heavier. Tears flowed down our faces as the glory filled the room.  As we worshiped I would look out over the congregation and June caught my eye. She worshiped without regard to others. Her arms waved high as she sang and prayed.

The worship came to an end and they prepared communion for the congregation. After communion the team shared powerful personal testimonies about overcoming trials and fear and walking out their freedom in Christ.  When it was my turn to share I started with giving a prophetic word to June about God delighting in her worship.  I began to teach about healing and how to pray for healing for others. But what better way to teach than to demonstrate? So we called for some people to come up to help us pray and then we called for those that needed healing.

We began to pray for an elderly woman with a tumor on her abdomen.  We prayed once and the tumor felt softer, we prayed again and the tumor felt smaller. The third time I decided to pray for the curses to be broken off her. As I prayed, “In Jesus name, I break every curse…” A woman waiting for prayer begins to scream. It’s June!!

I leave the team to tend to her. I grabbed her hands and she fell to the floor.  The pastor tells me that June had participated in idol worship, but is now a Christian. I began to lead June through prayers renouncing idol dedications, rituals, and worship. We renounced the specific demons she worshiped and she declared her dependence on Jesus. The very first demon June mentioned is a serpent spirit, interesting how we were just talking about that at breakfast. The demons manifesting were not happy to be exposed, but we persevered for her freedom and they began to leave her in the name of Jesus.

When she came fully to herself she smiled the most beautiful smile, even more beautiful than before. She began to tell us about a dream she had the night before. In the dream she was at the church, there was a snake in the altar with her.  In the dream as she worshiped the snake slithered out the door. I sat in amazement and cried at the goodness of God because, I believe, He showed her that she would be delivered.