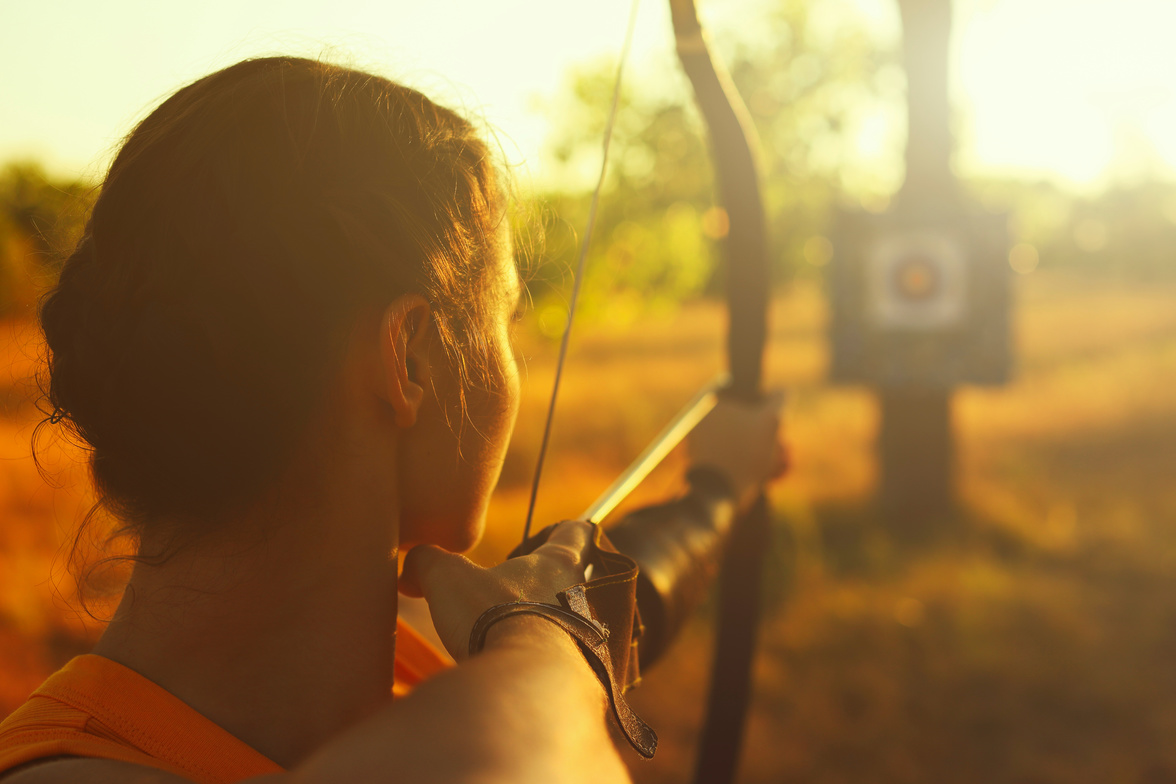 This last weekend I had the privilege of attending a retreat that was absolutely amazing! It started with great company, manatee viewing and bird watching but quickly ran into encounters with the Living God. I had so many intimate moments with Father God and He revealed many things. As He did I realized there were many almost hidden parts to what He said and showed me. Proverbs 25:2 says:
“It is the glory of God to conceal a thing, but the honor of kings is to search out a matter.”
God is looking for children who will search out the things He reveals in awe and wonder and sometimes He will place a detail there for us to search out.

In one encounter, among many things He was speaking He mentioned archery. It almost went unnoticed among the many extraordinary revelations. The next day I asked Him to teach me to use my bow. I knew in my spirit it was a matter He was delighted for me to search out, but what He spoke to me carried so much wisdom and depth that it took my breath away. “Pull back into Me and release what I have given you. You will pierce the enemy with defeat for the victory is Mine.”

What a plan of warfare! As we pull back, draw closer to, and rest in Him we can release the arrows of what He put in us, His word. It is effortless because it is done by His might and power. At times He may direct us in an action, but it is by His grace that we can perform it. His word is what pierces the enemy. We don’t fight as the world fights, we pull closer into the Father for the battle and release what He has given us, revealing our identity as children of God in the process.

“For though we walk in the flesh, we are not waging war according to the flesh. For the weapons of our warfare are not of the flesh but have divine power to destroy strongholds. We destroy arguments and every lofty opinion raised against the knowledge of God, and take every thought captive to obey Christ…”

2 Corinthians 10:3-5 reveals to us that much of the battle happens through words and thoughts. Thankfully, the word of God is alive, active, and sharper than any two edged sword so when we speak out the word of the Lord, we find victory. This includes taking every thought captive, casting it down, and replacing it with truth. Taking a thought captive is as simple as realizing it doesn’t belong in your mind, telling the enemy behind it to flee, and declaring the truth. We cannot afford to have a single thought about ourselves that He does not have for us.

We have a loving Father whose thoughts about us outnumber the grains of sand on the sea shore, thoughts of good and a future without harm, He sings over us and sent His son as an ultimate declaration of His love. Pull into Him and release what He has given you.